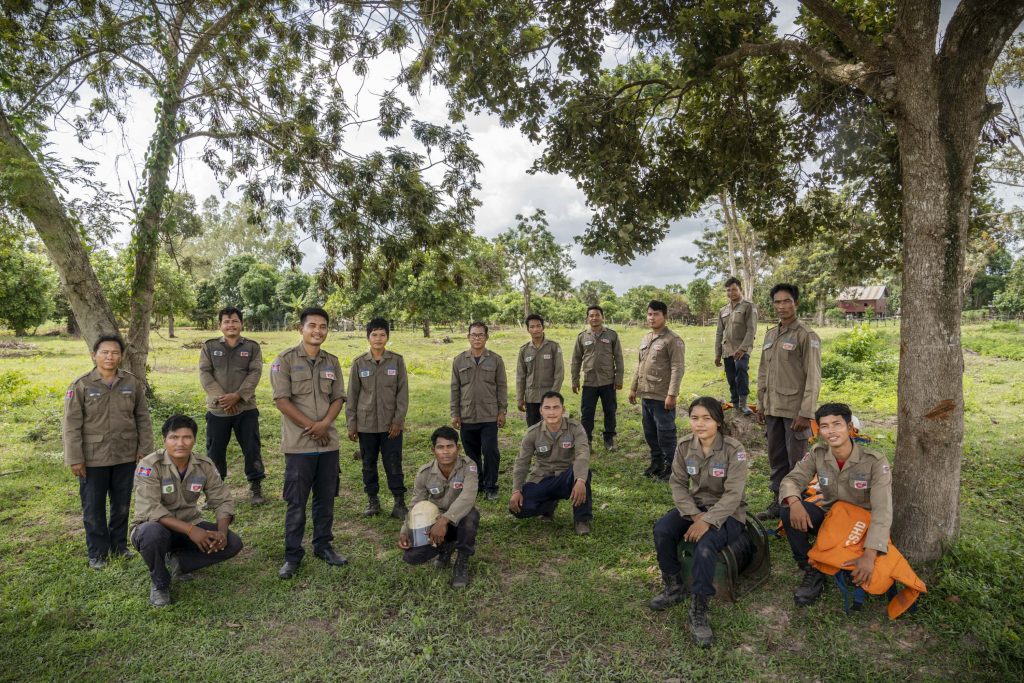 Cambodian Self Help Demining (CSHD) is an all Khmer (Cambodian) demining organization founded by Khmers, for Khmers. Its founder Aki Ra, an ex-child soldier, fought throughout the Cambodian wars of the late 20th century. He fought with the Khmer Rouge, then was captured by the Vietnamese and also fought with them. When the Vietnamese left he joined the Royal Cambodian Armed Forces and throughout those many years he watched the horror of landmines destroy life after life.

In the early 1990s, he got the opportunity to help clean up some the problems the armies he fought for had created. He soon found out he was very good at it and it became his trade. He cleared landmines and UXOs for years wherever he found them – he did this alone and cleared them for free. Now, with his teams, they are able to clear many more landmines and UXOs than he could alone.

The mission of CSHD is to clear landmines and UXOs in rural villages throughout the Kingdom of Cambodia.

CSHD’s dream is to make Cambodia safe for its people

.And they don’t want to wait for others to do the work.

It’s their country. They want to help.