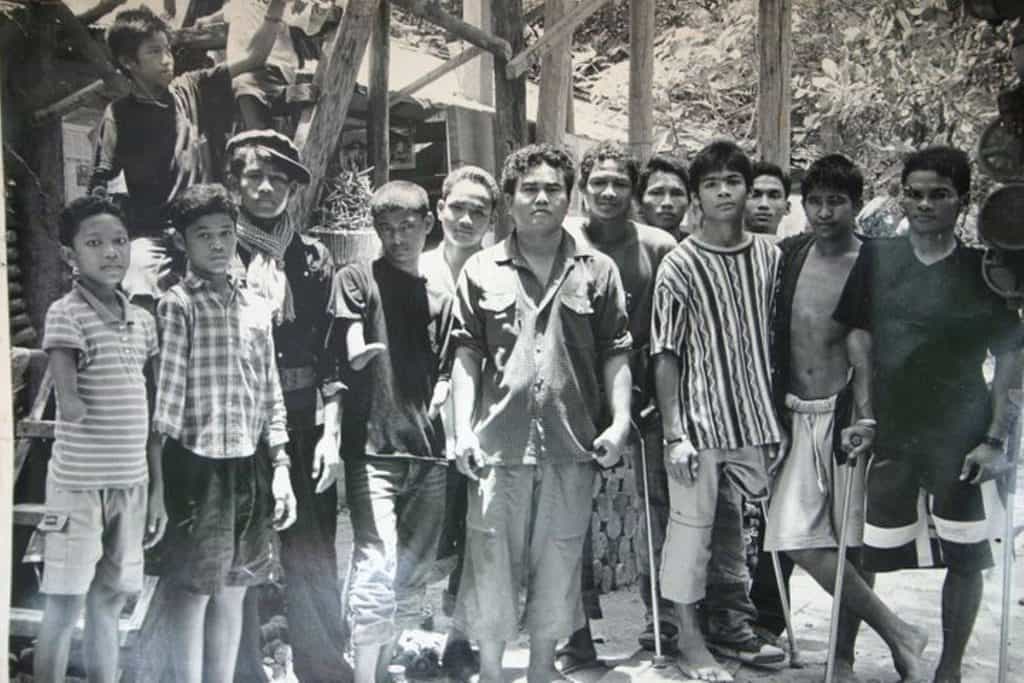 The idea for a Landmine Museum and Relief Facility came from Aki Ra, an ex-child soldier.  After years of fighting, he returned to the villages in which he had planted thousands of mines as a soldier and began removing them, by hand, and defusing them with homemade tools. In his home, he displayed some of the items he had made safe and charged the tourists $1 to view them.  He used the money to support the children in his care. This first makeshift museum opened in 1997.

In the villages where Aki Ra cleared mines, he found many children wounded by landmines, orphaned or abandoned by their families.  He brought them home where he and his wife Hourt cared for them along side their own children.

The original Landmine Museum was near the ticket booth for Angkor Wat Park, along the Siem Reap River.  In 2006 it was ordered closed.  A Canadian charity, the Cambodian Landmine Museum Relief Fund, founded by Canadian filmmaker Richard Fitoussi had been raising money to build a new facility.  Land was found near Banteay Srey Temple and with the help of donors across the globe the CLMMRF built the current Landmine Museum.  It opened in 2007.

The Relief Facility housed over twenty children from small villages in Cambodia. The children were enrolled in public government school to continue their education. The Facility also has its own school building to enrich the children’s education with a computer lab, a library, English language classes, a playground, and a staff of 14. Originally, all of the children at the facility were landmine victims. The last landmine victim left the facility in 2013 when he finished high school. The rest of the children left the museum in 2018 to live in the main town. Currently there is no longer a children’s residential center at the museum. The children who had a family returned home where they are attending school, children without families were moved into licensed residential centers, and older children have had their university education supported by the Dith Pran Foundation, Project Enlighten, and the Landmine Relief Fund.

In 2008, with the help of the Landmine Relief Fund, a US charity, Aki Ra established a formal demining NGO, Cambodian Self Help Demining (CSHD). CSHD is a separate NGO and apart from the Museum. They clear landmines throughout the country.